In episode #063, Melissa Harris shares her story of personal loss. After an easy and uneventful pregnancy, she expected growing her family would be equally simple. When she went in for her first ultrasound with her second pregnancy, she was shocked to learn that there was no heartbeat.

After that loss, Melissa encountered secondary infertility. They went to a fertility specialist after six months of trying, and it was then that Melissa discovered she was a “reproductive nightmare”. She didn’t ovulate every cycle, she had an incompetent cervix, she had a tilted uterus, and her uterus was bicornuate, with a septum creating two distinct chambers.

With the help of Letrizole, Melissa became pregnant with twins. Unfortunately, she lost both twins (at different points in the pregnancy). After taking time to grieve that loss, they opted for one more round of IUI with the fertility doctor. Melissa was able to conceive her son, and that pregnancy ending in a premature birth prompted her to write her book about her experiences, titled One Pound, Twelve Ounces (to be released in November 2021).

Links in this Episode

FREE MEAL PLANS
Do you need help getting healthy, tasty meals on the table? Check out our sponsor Prep Dish to get 2 weeks FREE!

Get the space to be and breathe and the tools you need to find your next steps on this unexpected path of recurrent pregnancy loss. 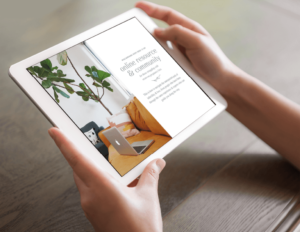